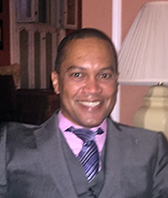 This story is a wonderful, touching story, from the perspective of a black immigrant who arrived in this country with $120. Below are some quotes from “An Open Letter to Ta-Nehisi Coates”.

“Because I write as a black immigrant who chose to live in the United States, whose biggest hope as a child was to become an American citizen, and who chose to embrace the American Dream you condemn, please consider these words my Declaration of Independence—an independence that only my beloved America could have given to me.

“On August 11, 1985, at the age of 20, I boarded an Air Jamaica aircraft bound for Atlanta…. Armed with $120, big dreams for my life, and the love of my family, I blew a kiss to the throngs of onlookers in the airport’s run-down wavers’ gallery—and never once looked back.

“I recall that day as the first of my true and authentic life….

“I would make but one demand on my new country: that its inhabitants place no obstructions in my path. I expected no special treatment because, as an American, I was already part of an exceptional process. My ideas, I had decided on the flight over, would one day be taught in colleges and universities….

“Then came years of struggle….

“I am saddened by your conviction that white people wield such a great deal of metaphysical power over the exercise of your own agency. In making an enemy of the Dream that is a constitutive feature of American identity, you have irrevocably alienated yourself from the redemptive hope, the inclusive unity, and the faith and charity that are necessary for America to move ever closer to achieving moral excellence. Sadder still, you have condemned the unyielding confidence in self that the Dream inspires….

“In the 32 years I have lived in this great country, I have never once actively fought racism. I have simply used my own example as evidence of its utter stupidity and moved forward with absolute metaphysical confidence, knowing that the ability of other people to name or label me has no power over my self-esteem, my mind, my judgment, and—above all—my capacity to liberate myself through my own efforts….

“… you have done your son—to whom you address your book—an injustice. You write: ‘The fact of history is that black people have not—probably no people ever have—liberated themselves strictly by their own efforts….’

“I do not believe you intended to mislead your son, but in imparting this credo, you have potentially paralyzed him, unless he reappraises your philosophy and rejects it. In your misreading of America, you’ve communicated precisely why many blacks in this country have been alienated from their own agency and emancipatory capabilities….

“I did learn a few moral values from [my father]…. To wit: Resignation, aggrievement, and victimology were useless to those who intended to create their own destiny….

“When people give up the seductive idea that the world owes them something, except the right to be left alone, they are given the power of forgiveness—even of those who have historically oppressed them. This, Mr. Coates, brings me to your June 2014 essay in the Atlantic arguing for reparations for black people. You were and are wrong. No self-respecting black person ought to take a single penny from the state for the infliction of any ancestral damage. The very premise supposes that blacks are wards of the state. If individual rights are currently being violated by states that illegally discriminate against blacks, that is a matter to be redressed in the courts. People who are possessed of self-esteem, who are dignified individuals capable of supporting themselves, do not seek any form of reparations. It is beneath them. Reason indicated that you cannot codify either collective guilt or collective entitlement. And reparations are predicated on the attribution of collective guilt, which in turn is based on the worst form of racism: biological collectivism….

“…. By what impertinence would you hold any white person guilty for the crime of simply being born white? You would, perhaps, imply that an accident of birth confers on them a white privilege for which they are to spend the rest of their lives atoning. Here’s another idea: How about blacks just ask that white people not regard them as anything special and not obstruct their efforts to enhance their lives?

“Today, the dream has more than come true for me. After I authored three books on the topic of world citizenship, a consortium of four universities in England held a series of conferences devoted to my theory of post-human cosmopolitanism. My books on ethics and political theory are taught in college courses in the United States, and I achieved full professorship in my mid-40s, long before I expected to do so…. In 32 years of living in this country, the United States has never once failed me….

“….The world we desired has been won. It exists. It is real. It is possible. It is ours. And it should be yours, and your son’s.”

Wow. Indeed, this is the land of opportunity for all who reach out and embrace it.

How is it possible that SJWs do not see the obvious truth of this? Faulty logic. Virtually every SJW is using one or more ruinous errors in logic. Learn to call out their botched reasoning in the next chapter (click below on the right….)